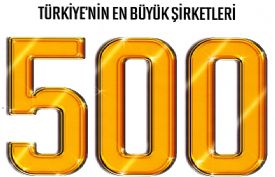 FORTUNE, one of the notable magazines of the business world, announced its list of “Turkey’s Biggest Companies” in July for the last three years. On the list itemized through the assessment of the companies’ 2009 net sales, total assets, profitability, equity and export performances, Gübre Fabrikaları T.A.Ş. (GÜBRETAŞ) kept its place of being 50th among Turkey’s biggest 500 companies enlisted.
Having reached the biggest sales record of its company history in 2009, GÜBRETAŞ ranked 48th with its 1 billion TL net sale on FORTUNE-500 list. Also, with its total assets of 1 billion 771 million TL, GÜBRETAŞ ranked 37th, and in the equities category, it become 53rd biggest company of Turkey.

As a result of this evaluation, Gübre Fabrikaları T.A.Ş., keeping its 2nd place in the chemical material sector after Petkim, continued its leadership by far among other chemical fertilizer companies.