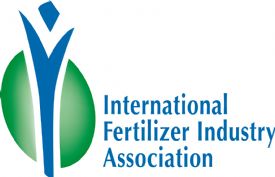 Organized for the 78th time this year, annual IFA Conference of International Fertilizer Union was held in France’s capital of Paris between the dates of May 31 – June 2, 2010.
In addition to the seminars and the conference, in which a very intense agenda regarding the fertilizer sector was discussed for three days, bilateral discussions among the firms were one of the traditions and objectives of the event. In this context, Gübre Fabrikaları T.A.Ş. representatives held 32 meetings during the three days in the convention room allocated to GÜBRETAŞ in The Westin Paris Hotel with attendance of the representatives of different countries.
GÜBRETAŞ representatives found the opportunity in these discussions by checking the pulse of the sector and the firms to evaluate the latest developments in fertilizer sectors throughout the world; specifically regarding the fertilizers containing phosphate. In addition, important steps were taken to establish bilateral connections and improve the current connections.
In the organization participated by many sector firms from almost every part and country of the world, GÜBRETAŞ took its part with the group of representatives consisting of 4 persons. The group of representatives of GÜBRETAŞ was chaired by General Manager Mehmet Koca, and formed by Assistant General Manager İsmail Babacan, Raw Material and Commodity Merchandising Manager M. Kürşat Akın and Outgoing Transactions Operations Officer Şükrü Kaya.